We are nestled in Breezewood, Pennsylvania, just west of the Juniata River Crossings. In 1758, we would not have even been a stop on the Forbes Road, just a small stretch of muddy path on the long trail. We hope that this historical background has given you some insight into the history of the Forbes Road and the central Pennsylvania area.

Schedule your meeting at the Crossroads of History. 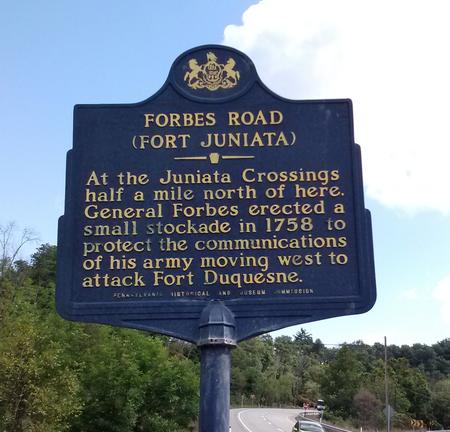 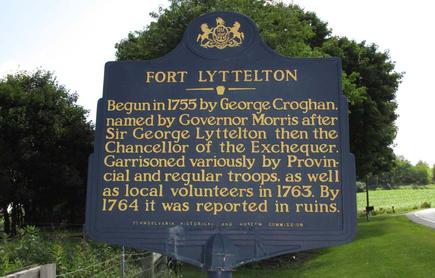 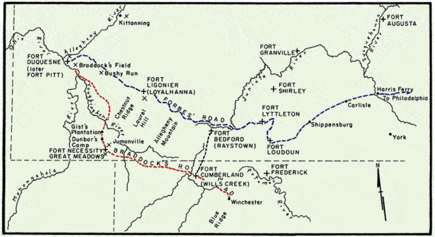 The Forbes Road was a military roadway constructed in 1758 by the British army, with the purpose of cutting through and around the Appalachian Mountains and wilderness during the French and Indian War. The need for such a road was to allow quick and safe passage for British soldiers and artillery west to the French Fort Duquesne, which is now known as Pittsburgh. The road was named for Brigadier General John Forbes, who commanded the British expedition.

The road stretched from Carlisle, PA to Fort Duquesne, stopping along the way to construct Fort Loudoun, Fort Lyttleton, Fort Bedford and Fort Ligonier. Learning from General Edward Braddock’s failed expedition into the Appalachian wilderness in 1755, Forbes ordered the forts to be constructed along the way and established secure trade routes between them before pressing onwards to the French Fort.

If it were not for General Forbes and his Road, it is likely that the British would have never gained control of Fort Duquesne or any territory further west of present-day Pittsburgh; this likely means that the thirteen colonies would have remained in British control and the United States never would have been formed.

Breezewood had it's own role to play in the Forbes Road. General Forbes ordered his road to cross the Juniata River, just west of town. He had a stockade built and the Juniata River Crossings shop along US Route 30 now stands nearby where Forbes and his army crossed the river.